My Favorite Images of 2015: Landscapes

As 2015 comes to a close, I have decided to share my favorite images of 2015 and why they are special to me. I hope you enjoy these images as much as I do!

My first image was taken this fall at Arlington National Cemetery. I was fortunate enough to be witness to the funeral of 3 Star General Frank E. Petersen, Jr. He was the first African American Aviator in the United States Marine Corps. He was also the first African American Marine General. The photograph holds a special memory for me and also marks an event in history. 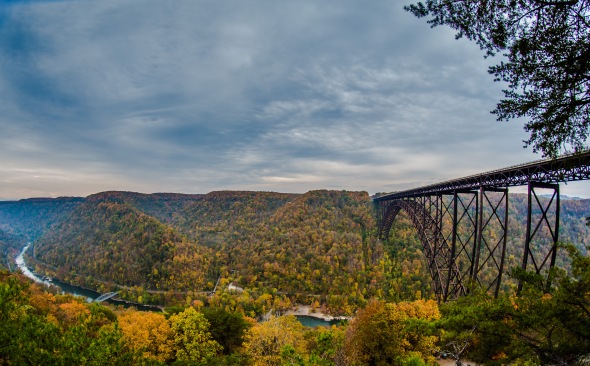 My next landscape is of New River Gorge in West Virginia. The photograph displays the vastness of this region and the beauty of the fall colors. This was my first trip there; I do plan on going back. 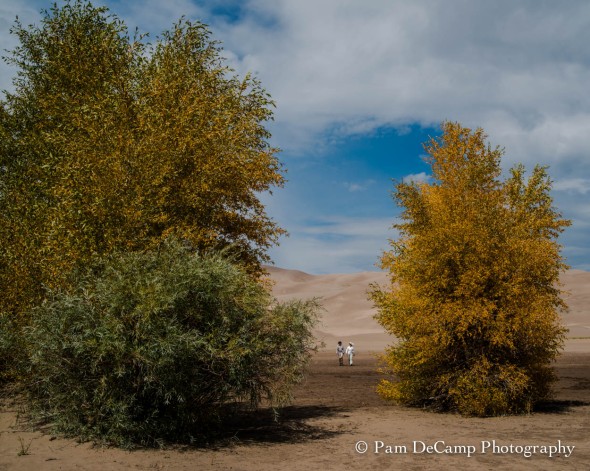 As I was walking around the Great Sand Dunes National Park area, I saw this couple walking toward me.  I used the trees to frame them and to demonstrate the size of the area. The woman was dressed in a white desert type outfit, like the kind you would see Katharine Hepburn wear in African Queen. They looked like they had been on safari.

Close up of the graffiti my daughter spray painted onto one of the cars. EM is her initials.

The two images above are from the Cadillac Ranch in Amarillo, Texas. I had taken a trip out west in 2013 and passed this area without knowing what it was until after the fact.  I knew we were going to be going past here again so I made sure we stopped. The bold, highly saturated colors stand out against the cloudless blue sky. My daughter enjoyed the fact she could “legally” paint graffiti onto an object and not be arrested. Her initials EM were boldly painted in yellow and I’m sure were gone by days end. What a great experience though!

It was great to travel some of the back roads through Colorado and New Mexico. To see the sunset over the mountains was breathtaking. I saw all of the wooden structures in the field and pulled off the road to capture a few shots of the beautiful sunset.

This cabin is in a very private area of Adams County, Ohio. I was hiking one day in early spring and stopped at the top of an incline to look around. When I looked behind me I saw the cabin’s red tin roof. It stood out from all of the branches and trees. This image is currently on loan to the Ohio Governor’s Office from 2015 – 2017.

The next 3 images are ones that I did special processing on to give the images an aged feeling or to enhance specific details in the photograph.

I had taken a winter workshop in Oakland, Maryland and one of our stops was an Amish farm that gave sleigh rides. I processed this image with the On1 Photo suite. As I worked on it the scene became that of a Currier and Ives style “painting.” I used this as my Christmas Card this year.

I photographed this old grist mill in Oak Ridge, North Carolina over Thanksgiving. While the original photograph was nice, I decided to add a little texture to the image and give it an aged feel. I used the On1 Photo processing system to bring out the details and to add texture to the photograph.

Tabby Shack dating from the 1700’s on Ossabaw Island.

My final favorite landscape image from 2015 is that of a Tabby Shack on Ossabaw Island along the coast of Savannah, Georgia. The leading lines of the road allows the eye to travel along these historical structures. This image was also processed with On1 Photo to give it an aged appearance.

I hope you enjoyed these images! Photographs capture our moments in time and bring back the memories connected to those moments.