Unless you are involved in community theatre or work with children’s theatre programs (or theatre period) you’ve probably never heard of Music Theatre International (MTI) or the Junior Theatre Festival.  MTI was founded in 1952 by composer Frank Loesser (Guys and Dolls) and orchestrator Don Walker (Carousel, Fiddler on the Roof) and is the industry leader in theatrical licensing. In other words, this is who you contact if you want to do a musical that is in their library.  You pay a licensing fee to put on the performance.

The Junior Theatre Festival (JTF) started in 2003 and was created by Nick Manos, who dedicates his time to the planning and expansion of the annual festival, and Timothy Allen McDonald, CEO and founder of iTheatrics. Mr. Manos and Mr. McDonald were inspired by the enthusiasm and excitement of the kids who participate in musical theatre and felt there should be an arena where the kids could showcase their talents and learn from each other.

The Junior Theatre Festival in 2003 was attended by approximately 650 kids.  In 2014 the participation at this event was over 4,000!  For the statisticians in the group, that is a 515% increase in an 11 year period!  As it is stated in Mr. Manos bio, “the excitement of those kids was palpable and infectious” at this event!

This was the first time I had the pleasure of attending the JTF.  I attended as a photographer for one of our local writers, Joseph Pratt, who wanted to cover the event. One of the adjudicators asked me what I thought of it.  I replied, “In one word, energy!”  There was so much energy the entire weekend.  Not just with the kids, but the workers as well.  All involved with the JTF deserve a big round of applause for all they do.  I felt welcome by all and it was truly a “family” feel.

The CEO of MTI, Freddie Gershon and his wife Myrna were in attendance at all of the events.  They, too, were very cordial and welcomed all of the guests as if they were welcoming them into their own home.  The weekend is non-stop from performances by each of the groups participating in the festival to the finale of Broadway stars performing on stage. 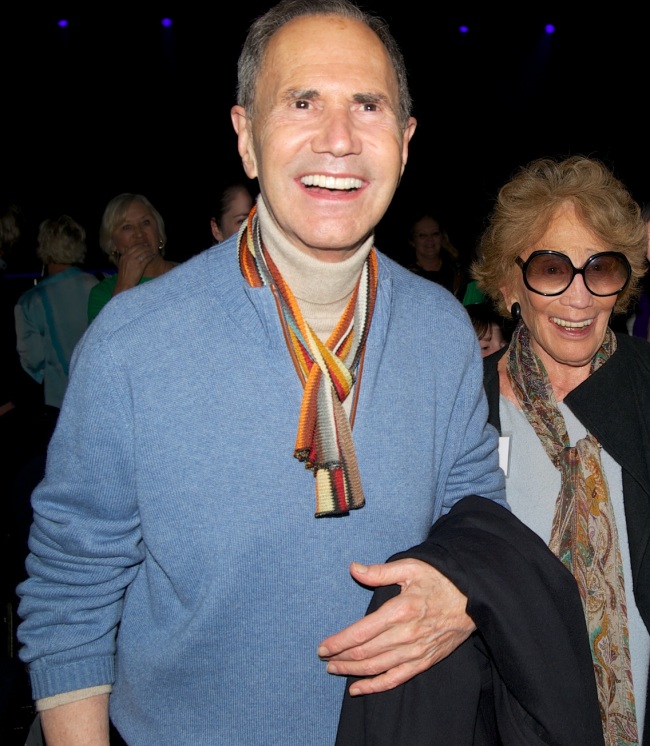 The entire weekend is a very positive and uplifting experience.  Every review the adjudicators gave came across positive and encouraging.  Author, Tim Federle (Five, Six, Seven, Nate!), was one of the adjudicators.  He would go through a routine with the performers and show them how to make it better.  I do not believe I heard any negative comments from the adjudicators.  They were there to educate and show the kids how to improve.  It was very inspiring to see and hear the encouragement the kids received.

During the adjudication process, kids were selected to receive a “golden ticket” which granted them the privilege to audition for the JTF video.  This is a BIG DEAL for the kids.  Out of the 4,000 who attended only 300 received the precious “golden ticket”.  I had the privilege to sit in and photograph the “closed” audition.  It was an awesome experience to see and hear 300 talented kids from 26 states sing in harmony and dance to an impromptu choreographed piece to put their skills to the test.

The group gathered into a room where they were each given a number; then they were split up.  Half went with the choreographers, Steven G. Kennedy, Kelby McIntyre-Martinez, and previous video participant Ben Sears (there was no one in the group who did not know who he was!) and the other half stayed and learned the musical number, “Good Morning” from “Singin’ in the Rain”.

Kennedy kept emphasizing to the kids, “You need to stay focused.  On Broadway you are given 15 mins to learn a routine. The key is focus.” 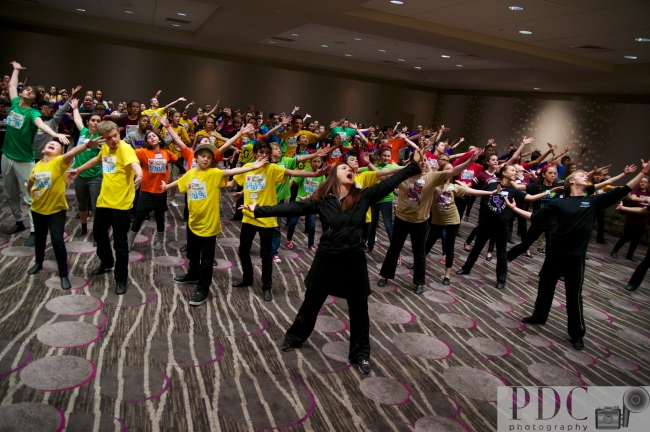 The poise and professionalism that each of the staff members showed was phenomenal. I cannot recall the last time I was at a conference or convention where the energy and excitement carried through the entire event and even during the “social” time.  The lounge area was buzzing with energy during the after hours time.  The staff and adjudicators were approachable and took the time to engage in conversation and answer questions. Often times they would address me by name (I did not have on a name tag), which is impressive considering the number of people they encountered during the weekend.

The New Works Showcase is an opportunity for theatrical groups to put on a live performance of one of the Junior Theatre shows.  This year’s showcase was presented by Disney Musicals.  To demonstrate the diversity of these groups, you had elementary, middle schools, and community theatre groups showcasing hits like, Legally Blonde, The Musical, Jr., Shrek, The Musical, Jr., Magic Tree House Collection: The Knight at Dawn Kids, 101 Dalmatians Kids, and Mary Poppins.  Each of these groups did an outstanding job! 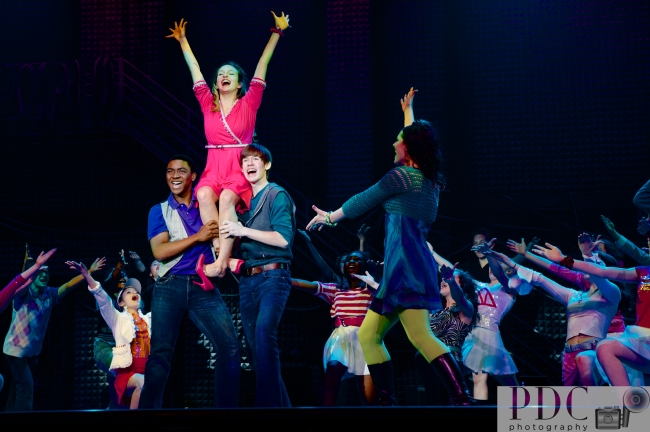 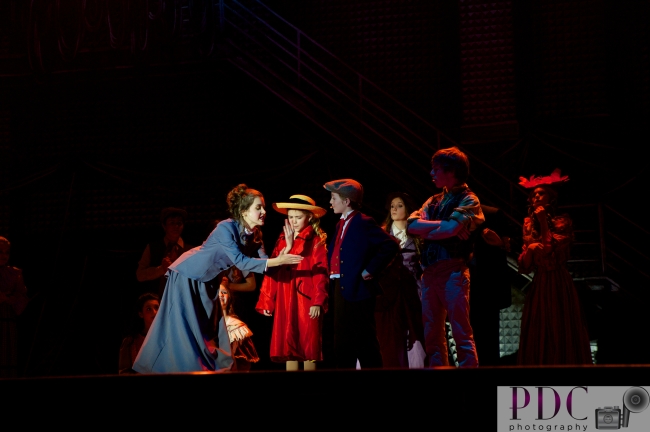 The weekend finale was Disney Theatrical Productions, Broadway and Beyond: An Evening With the Stars of Broadway. The show included hit songs from the Disney musicals, Beauty and the Beast, The Lion King, AIDA, Tarzan, Mary Poppins, and The Little Mermaid.  The performance also introduced the audience to other songs from the productions of Newsies, Peter and the Starcatcher, King David, and Aladdin (which opens on Broadway in March).  The stars of the show were Heidi Blickenstaff (Ursula, of The Little Mermaid); Ashley Brown (Mary Poppins); Merle Dandridge (Aida); Josh Strickland (Tarzan); and Alton Fitzgerald White (Mufasa of The Lion King). Again, the energy in their performances was strong.  They carried the emotion through each verse from humor to sadness.  The expressions in their faces and their body language enhanced performance of each song.

The highlight of the show was when Strickland came into the audience singing “She’s In Love” from The Little Mermaid.  You could hear a collective sigh from the audience and all of the kids came rushing to the front of the stage to get close to him.  He sang to one of the girls in our group from Portsmouth, Ohio. Ironically, it was the same song she sang in the performance the Portsmouth group did for the adjudication process.  How cool is that? 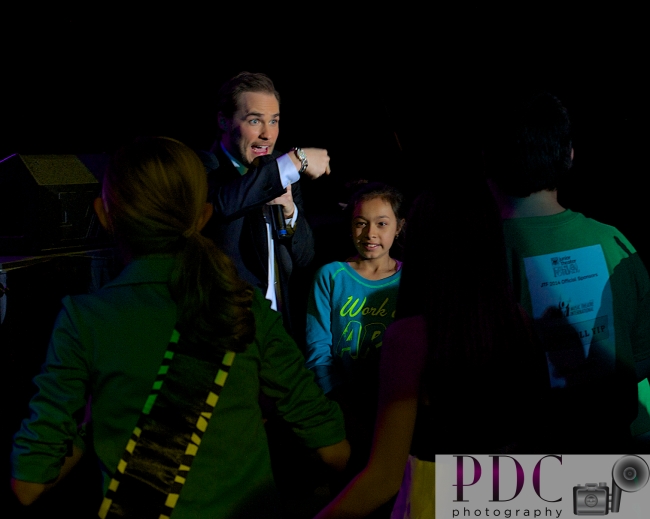 All in all the weekend is a great learning experience for these young actors and actresses.  For me the take away was maintaining a positive attitude and encourage, not discourage these young performers.  The JTF is a positive way for kids to express themselves and to receive inspiration from the pros.  What a great opportunity this is!

Here are a couple more pictures from the Broadway and Beyond performances: 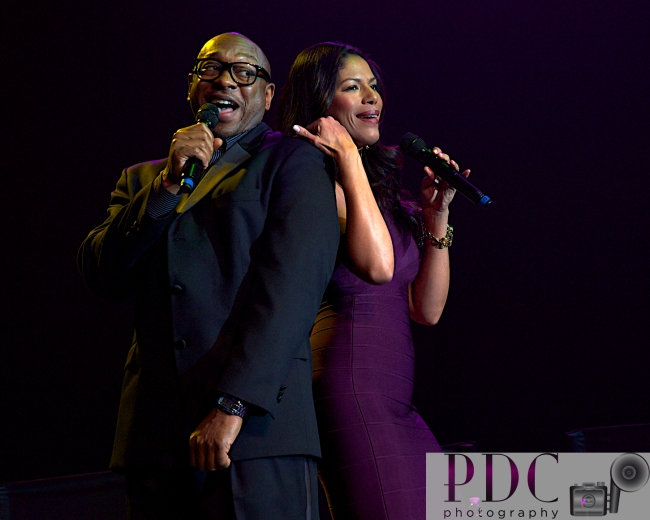 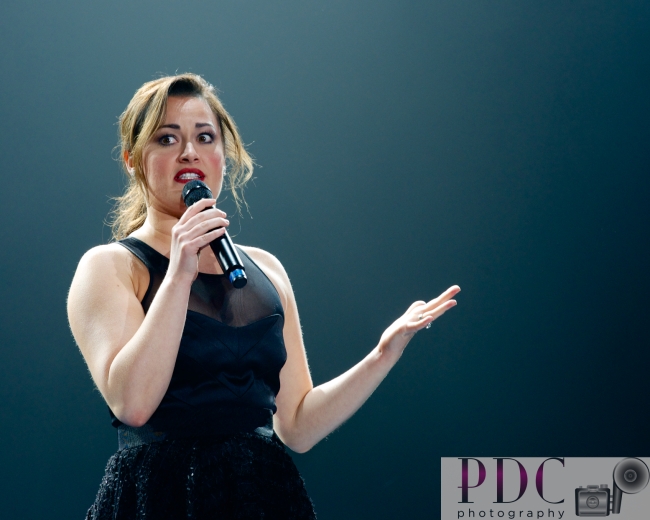